We are extremely pleased to share with you a project we have worked on in 2018. The Urban Steps for Resilient Future Project was developed with lots of love and deep commitment by a group of young activists from Eastern Europe. The project encompasses a diverse range of activities and tools. It also tackles issues related to alternative urbanization, resilience, public spaces and activism in the Eastern European cities, focusing on the role of young people and their rights to the city. Below, you can find a detailed description including pictures, videos, and publications that might inspire you! Enjoy!

“If there is no discussion about youth’s role in shaping the cities, then what kind of cities are we looking forward to? What is the role young people have in creating a vision of the future of our cities? And how do you give them agency to be able to take part in shaping their local communities?“

What was the project about?

In 2018, the project “Urban Steps for Resilient Future” was carried out all through 2018 by the Alternative Urbanisation Working Group of the Cooperation and Development Network Eastern Europe – CDN. The project’s aim was to enable young people from Eastern Europe to analyze their cities and equip them with capabilities in project management and advocacy to conduct local activities in order to create more sustainable cities based on the principle of democracy and inclusion.

The project consisted of three phases. The first phase of the project was International Training for Trainers in Istanbul. Participants were people under 30 from 16 Eastern European Countries (Albania, Armenia, Azerbaijan, Belarus, Bosnia and Herzegovina, Bulgaria, Croatia, Georgia, Kosovo, Macedonia, Moldova, Montenegro, Russia, Serbia, Turkey, Ukraine). Throughout the week they were trained on Alternative Urbanisation topics, project management, and advocacy. The first phase was used as a sort of a propellant meant to provide the trainers with the knowledge and skills that they shared with new people in the second phase.

Irena – Trainer in the second phase

“To me, it really seems like a good tactic when you are actually writing a project because you are organizing that first, main phase – to transfer the knowledge to some participants and then, already in the second phase you let those people do most of the things and you are there only as support and I think it is really good because… right away you have transferred the knowledge to someone and at the same time you have gave them the wings to be part of a prep-team and then, on the other hand you are preserving your own energy for some other projects and some other things and with that, you secure that people who were in prep-team in the first phase don’t burn out but rather to have a support role…“

The second phase of the project comprised of four regional trainings in Belgrade (Serbia), Tirana (Albania), Batumi (Georgia) and Grodno (Belarus). In these trainings, trainees from the first phase shared their knowledge with even more urban activists and together planned the activities of the third phase – 13 local actions meant to improve their local communities.

The third and final phase of the project was the implementation of local actions aiming to reach local decision-makers and communicate young people’s demands with the public and political authorities.

Yerv from local action in Yerevan

“Subsequently, the delegation from Armenia, Georgia, Azerbaijan, and Turkey had an opportunity to apply to a small grant and carry out a local activity concentrated on urbanization and raising awareness. I and other participants from Armenia decided to apply and use the grant to implement the bus schedule’s banners in the main bus station of Yerevan because there was not board showing the bus routes and the ticket prices. After long research, we collected the necessary information and prepared the banners. It was clearly a demanding alarm to the bus station’s directorate to take the situation into consideration and take a step forward. After three months they put big boards with more information. I know that maybe this was not a heroic deed but I am proud that my friends and I took the responsibility and make a small better change. “

Here you can see some of the images from the actions, find out more in the publication below!

a project dealing with problems in public transport

one day event at abandoned Kuprom factory in Skopje

a fresh mural in Budva 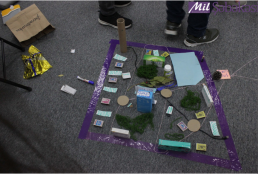 a two day training in Baku 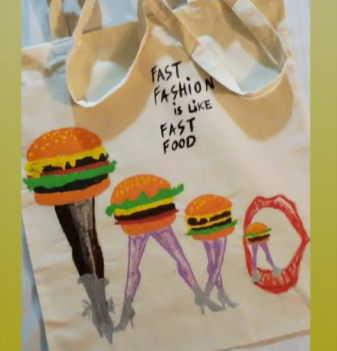 a three day event in Belgrade

a new bus-scheme in Tirana

an intervention in Tuzla

“A memory that stayed with me was that beautiful location “at the foam of the sea” where out mural looks straight at the horizon and the smell of drying paint mixed with the smell of iodine. Also, the fact that that space is “now mine” even though it belongs to all of us and imagine, just how many trains of thought it will interrupt to the people passing by!“

“To me, the most important thing was that we did something together, wanted to create something, and all without any holding back or without any feeling that an obstacle might come along, we weren’t afraid that obstacle. Now, it’s not some grand thing, it’s not a protest, it’s not a direct strike at the system but, taking into account the state of activism in our state and the fact that every work is being criticized I think it is a big deal, even to make on a public space, a mural. “

Luka from the Coordination Team

“I never expected to meet people who could talk about the injustices of the transit system in the city so seriously and professionally. Seeing those same people then make the funniest jokes in the breaks and organize the weirdest urban trash themed parties (yes, those apparently exist) was even a bigger surprise.”

In the following links, you will find an urban manifesto, an Urbanifesto, stated by the participants of the first phase of the project along with some nifty videos from the beautiful island where it was developed, Büyükada, Istanbul while for the end you can find the sweetest, the crown of the project, the publication we prepared in 5 languages!

Do you have any ideas about similar projects? Do you want to become part of our working group? Contact us here!

And thanks for reading!