In extreme situations, places of culture are transformed into places of resistance, a resistance against nondemocratic acts. Emergent situations call for immediate acts. A place that has always been a small cozy space where art was produced and exhibited, has now, for more than one year been transformed into a symbol of democratic rights and people’s power against tyrannic acts of the state. This place has become a reference point, not only because of the mere acts of resistance against its non-rightful demolition, but also as a representation of defying undemocratic acts and reclaiming what it belongs to the public. As such, this has become the symbol of the city it was built in. 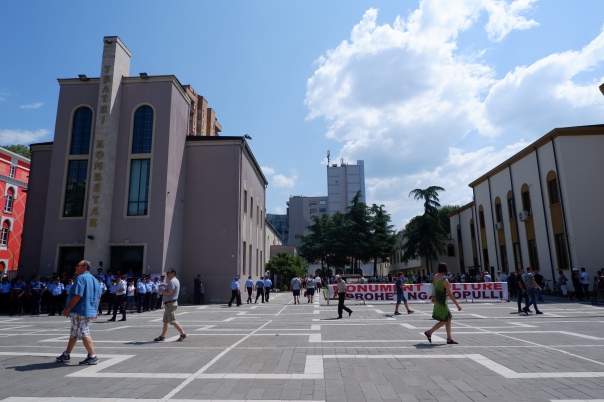